You are cordially invited to attend our
Annual General Meeting
June 4, 2022

The AGM agenda and other materials are posted here:
Members Only Page

What's Blooming in Your Garden?

Send in your peony photo’s of what’s blooming in your yard to your Regional Peony Director on June 1, June 15, July 1 and July 15.

We look forward to seeing what and when peonies are blooming all across Canada!

Seminars are free for CPS members.
Register by email at darlene@kalawsky.com to receive your Zoom meeting invitation.

Myra Froc has recently become a director of the Prairie Peony Society and has been the PPS Facebook Page Administrator for two years. In her career as an educator, she has been a teacher, a school board consultant, a curriculum writer/consultant for the SK Ministry of Ed and a school administrator. She retired from teaching English at the University of Regina three years ago to join her husband Gene in his passion for peony gardening. In their Qu’Appelle Valley gardens in SK, she still maintains her mother’s 55 year-old peonies that she loved so well when she was a child.

Gene Froc is currently the Vice President of the Prairie Peony Society. He was a professional soils engineer since 1974, and manager of an engineering consulting firm in Regina since 1979. He retired two years ago to pursue his passion for acreage gardening in the Qu’Appelle Valley near Lumsden, SK. He had gardened with his parents since he was very young, so it was a natural progression to growing roses, lilies, delphiniums, irises, clematis, hibiscus, hostas and peonies in this location for over 20 years. He began growing tree/woody peonies 12 years ago and was invited to publish an article on his methodology for overwintering peonies in Saskatchewan by the editor of the American Peony Society Bulletin for the Winter 2020 edition. Gene maintains carefully curated peony gardens of over 450 cultivars with his wife Myra.

“Anything About Everything Peonies” Peony Cut Flower Production with Michelle Ovans

Have you ever wondered where your purchased flowers come from and how they are grown? Join Michelle Ovans, owner of Ovans Peony Farm, for a look at how peonies are grown for the Floral Industry and learn more about the Slow Flower movement to promote sustainable, farm to vase approach to fresh flowers. 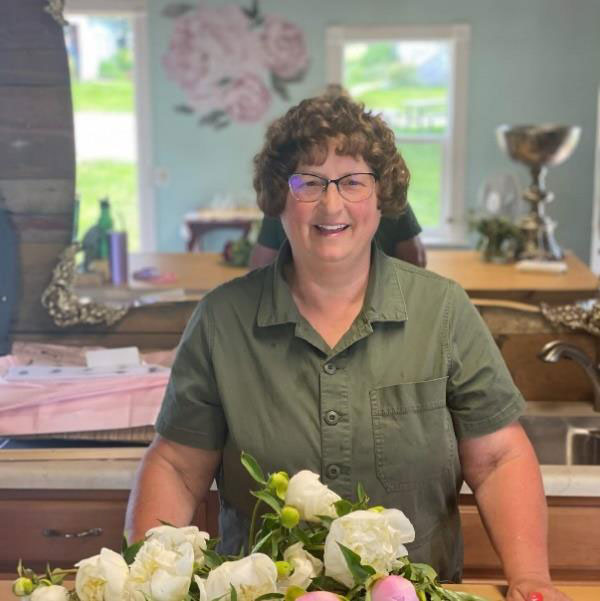 The owner of Ovans Peony Farm, Michelle Ovans, is a specialty cut flower grower. She is a member of the American Peony Society, Wisconsin Peony Society, Association Of Specialty Cut Flower Growers and a Graduate of the Floret Cut Flower Grower School and the UW Wisconsin’s Cut Flower Grower School. Her first peony farm was started in Merrill Wisconsin in 2009 and has relocated to Beaver Dam in 2019 where she has planted over 1,500 peonies with around 90 different varieties. The farm specializes in growing florist grade cut flowers for florist, Do-It-Yourself brides and the wholesale flower market. In 2021 she joined with the City of Beaver Dam to host the Art & Peony Festival.

The “father of the modern peony”, Professor A. Percy Saunders, lived on the Hamilton College campus in Clinton, New York. After his death in 1953, his daughter Silvia continued the nursery until the early 1970’s, at which time the peony collection was sold. In 1996, the staff of the Root Glen Arboretum began to re-assemble his peonies. In this presentation we will cover some history and introduce you to the new collection of both herbaceous and woody peonies in the Grant Garden. 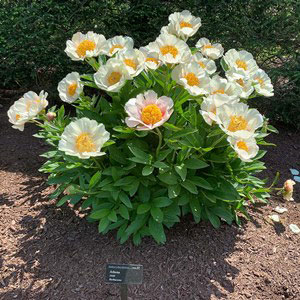 In 2023, the APS national convention attendees will tour this garden as well as the Gratwick estate, Linwood Gardens, where William Gratwick and Nassos Daphnis continued the hybridization work begun by Saunders.

Ingrid Janssen Hampton Ontario Peonies: The Stars of the June Garden (including companion plants for peonies)

Ingrid is a horticulturalist, speaker, blogger and master gardener. She has been member of the Durham master gardeners since 2012. She has both ornamental and food production gardens on her country property and has been a dedicated native plant enthusiast for over 30 years. Ingrid is a graduate of the University of Guelph horticultural program and an active member of several horticultural & plant societies. She is an inspirational speaker, who has appeared on Rogers TV Durham and has spoken at Canada Blooms several times. She is a member of the Oshawa Festival committee, and has produced several educational videos for their virtual shows.

Nate Bremer is a Wisconsin Hybridizer, plantsman, teacher, and lecturer specializing in northern hardy peonies and Hemerocallis (Daylily) and Lilium (true lilies). He is the current President of the American Peony Society and has served on the Board of Directors since 2017.. A popular speaker, Bremer shares his enthusiasm of gardening through special events, seminars and classes for a wide variety of garden clubs and organizations. Through a long time, collaboration with international Peony hybridizer Bill Siedl, Bremer expanded his hybridizing work into herbaceous hybrid and woody (tree) peonies. Nate is the proprietor of Solaris Farms with his wife Kim, a family run perennial nursery and hybridizing operation.

Not a Member Yet?